Where do I even begin? My story does not start in the way a typical fairy tale starts.  Hoping for a nice life and happy ending was a fallacy.  I was forced to endure abuse as a child.  After that, I was left to my own demise.  I saw the streets as a way to escape, but quickly learned that it was just as bad as before.  Nothing changed.  I was still being victimized. In and out of safe-homes and rehabs, they all contained a product of treachery.  Survival had to become my first instinct. It felt as though no matter where I ran, nothing would change.  I couldn’t see any way around this.  I was rejected by the people closest to me.  Many days followed, bringing more shame than I could have imagined. My life was tumbling down around me.  And then I turned 16.

At 16 years old, very wealthy and powerful people promised me a higher education and a better life.  I was a vulnerable teenager and the offer was appealing.  But before I knew it, I was thrown into a world of sexual servitude and guilted into believing that I was indebted to those who used me as a sexual servant.  While traveling the world with some of the most powerful and connected world leaders in politics, science, and business made me believe that I was important, I was really only there to service these individuals sexually.  In order to protect myself, I quickly appreciated that I had no choice but to comply with my master’s directives.  I was still only a child, and because of the extraordinary power that my abusers had, I believed that I could not report them.  I did not think that anyone would listen to me.

When I turned 19, I was sent to Thailand and finally found the opportunity to break free.  I met a man who gave me the courage that I needed to escape.  Instead of following orders and returning to the United States and my life of sexual abuse, I went to Australia, where I hid in fear for years.  While there, I matured.  I gained perspective.  I had my beautiful children and began watching them grow.

My family and I came back to the United States with my mind set on making a difference.  Not for myself, but for all of the children who are victims of sexual abuse and sex trafficking.  In trying to make a positive difference, certain people continue to take shots at me and put me down, but I am no longer the young and vulnerable girl who could be bullied.  I am now a survivor and nobody can ever take that away from me.

While I cannot save every child, I know that with my voice and my story, I can save some.  And if I save just one, then my mission is a success.

Sexual abuse and sex trafficking is an epidemic that crosses over all socioeconomic boundaries.  By spreading awareness, we can decrease the frequency of abuse.  By providing support and services, we can heal those who have suffered as victims.  By giving other victims confidence to speak up, and refuse silence, we can empower them to transition from victim into survivor, and to save the lives of others. If every victim refuses silence, we can end this epidemic.  I want every victim to know that there is someone who will believe them, who will believe in them, and who will help them heal.

Today, I am a mother of three.  I have a wonderful and supportive husband, and I am just lucky to be alive at that.  We all have a choice in life.  Close your eyes and just imagine peace for yourself or someone you know who has been through sexual abuse.  It is so daunting and no one seems to want to talk about it because of shame.  But just know, even if you have no one to turn to, you have us!

This is such a true story.

Ask her out on a date. Don’t waste time. You see her worth. Others do as well. 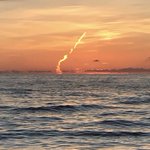 I’ve had a gut full of idiots tonight- see ya all back in the a.m hoping the idiots have fallen off the face of the earth (or just blocked lol) Hope you all stay safe, healthy & happy!! All my best- V🦋

I’ve had a gut full of idiots tonight- see ya all back in the a.m hoping the idiots have fallen off the face of the earth (or just blocked lol) Hope you all stay safe, healthy & happy!! All my best- V🦋

From Victims to Survivors